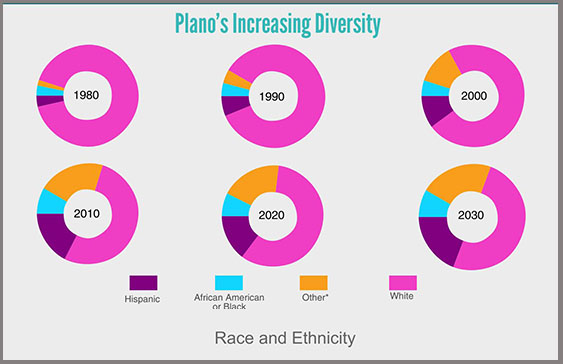 The graphic to the left shows Plano's increasing diversity. White populations have been slowly diminishing, where Black, "Other", and Hispanic populations have been steadily increasing. It is estimated that by 2030, Plano's "Other" population will surpass 22% of the overall population, Hispanic will be just over 19%, while the White community will be just over 50%.
Note: 1980-2010 data obtained from the Census Bureau. 2020 and 2030 estimates have been extrapolated from Census data.
*Other refers to people who identified themselves as Asian (at least 85% of the category), American Indian Alaska Native, Native Hawaiian Other Pacific Islander and some other race. Texas Vital Statistics does not distinguish Asians as a separate group from Other when providing birth and mortality rates used for demographic projections. 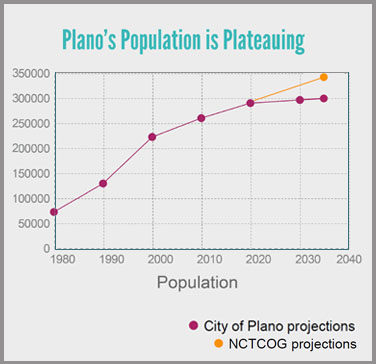 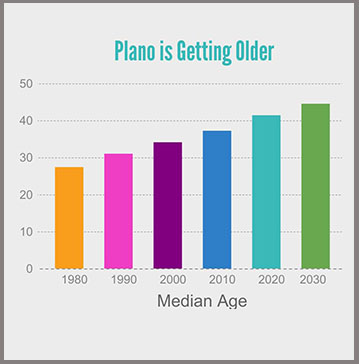 Note: 1980-2010 data obtained from the Census Bureau. 2020 and 2030 estimates have been extrapolated from Census data. Projected population figures are estimates only, and may or may not be realized.
Other Demographic Facts 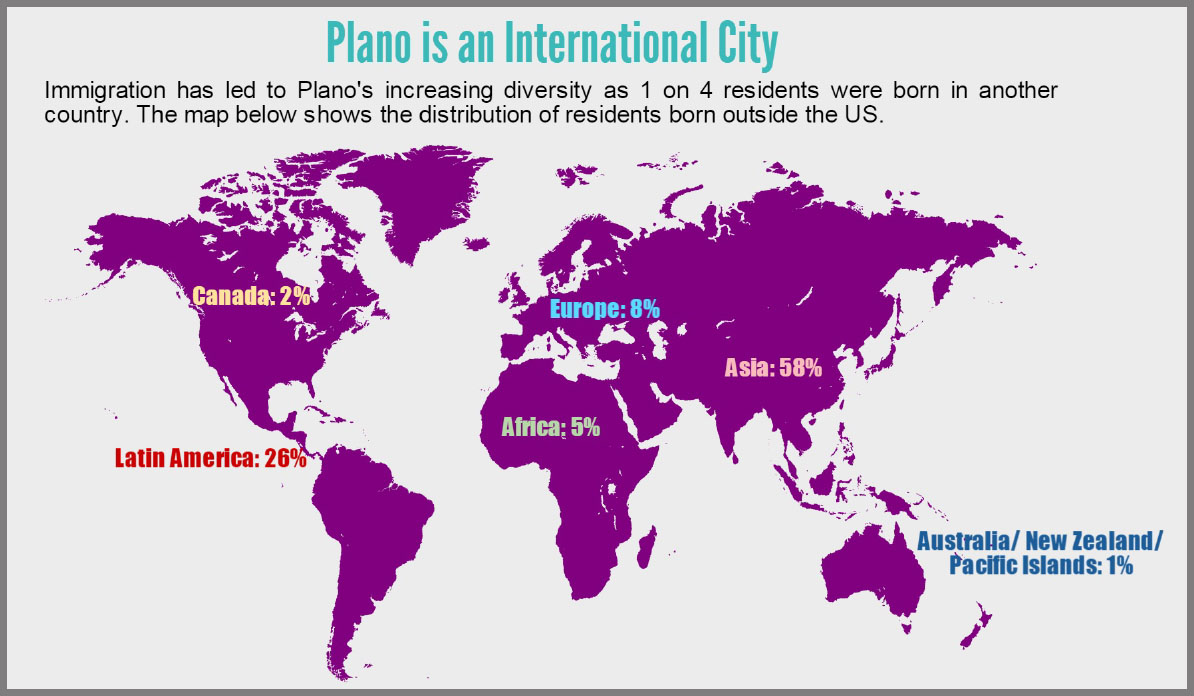 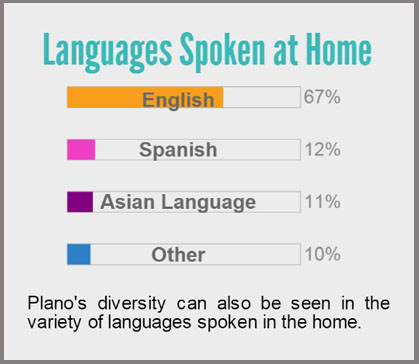