Past Comprehensive Plans and Additional Studies

"To know your future, you must know your past" ― George Santayana

Plano has a long history of comprehensive planning dating back to 1963. These early planning efforts have been instrumental in the layout, construction, and enhancement of the community. The Plano Tomorrow plan builds on the foundation of our past plans and studies by reinforcing our current strengths and addressing opportunities for change.

History of Plano's Comprehensive Plan
Plano incorporated in 1873 and remained a small agriculture business center along the Interurban rail line from the 1870's through the 1950's. By 1960, the city had a population of 3,700 residents, but was entering a stage of rapid growth from the construction of U.S. Highway 75. To respond to new development, the city developed its first Comprehensive Plan in 1963. This plan laid the foundation for the city of Plano today by establishing residential neighborhoods and locations for future roadway development. After the creation of Legacy Business Park in the early 1980's, the city developed its second Comprehensive Plan in 1986 to set the stage for Plano's transition from primarily a residential community to a regional employment center. By 2010, there were almost 140,000 jobs in Plano and the city had a population of 260,000 residents. However, remaining undeveloped land became sparse in Plano and the city shifted focus to new redevelopment opportunities. To successfully manage the transition into a mature city, the city developed its third Comprehensive Plan, Plano Tomorrow, in 2015. 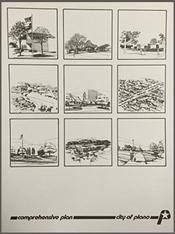 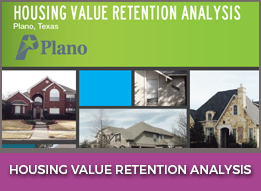 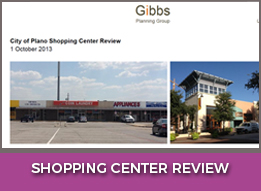 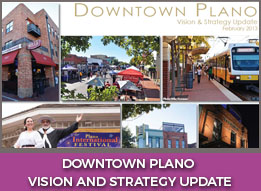 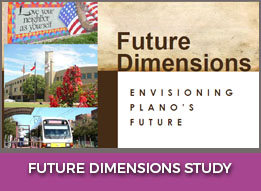 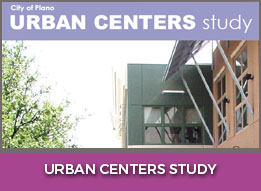 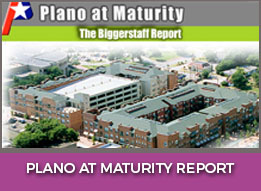